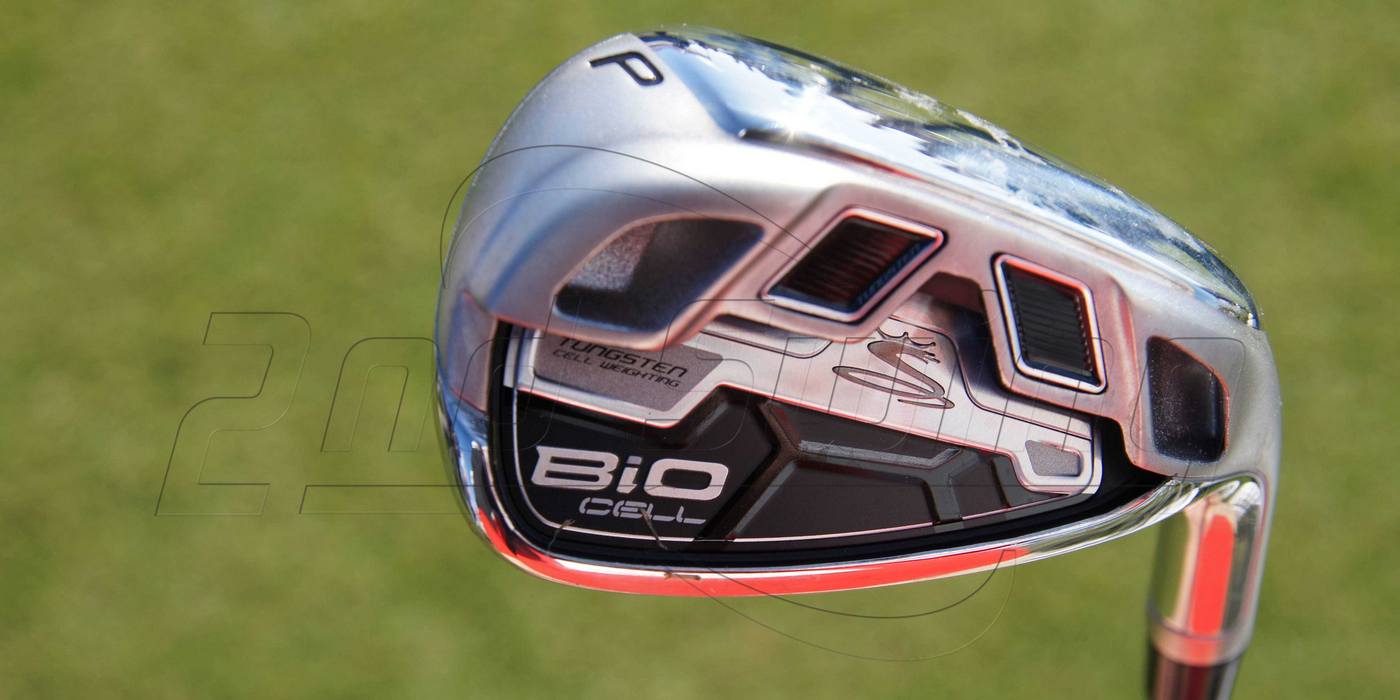 COBRA has really stepped up its game in 2014 with its new BiO CELL Irons for 2014, especially compared to last year’s AMP CELL Irons. The technology has dramatically improved, and you will see the results.

I would recommend these irons to a mid-handicap player, as the club provides players with more distance, a higher-than-average launch and higher spin rate to stop the ball on the greens.

The feel was just a little clunky to recommend the clubs to a better player, but the new 2014 COBRA BiO CELL Irons set did put up awesome numbers.

COBRA BiO CELL Irons sets are easy to spot since they come in the company’s signature strong four colors: blue, black, orange and red. The varied colors offer personalization and choice to the consumer.

There are four pockets in the back cavity of the iron. These pockets contain tungsten weights to make the iron heavier. The long irons (3 to 7) and short irons have differences in their technology, which separates the importance of each club’s purpose.

The long to mid-irons are cast from stainless steel and feature tungsten in the heel and toe to provide forgiveness and a better results on miss-hits. These tungsten weights lower the center of gravity (CG) of the irons for a higher launch and more distance. The shorter, more accuracy-driven irons (8-Gap Wedge) are cast from a softer stainless steel and feature tungsten again directly behind the hitting area — in its center pockets — for more feel, spin control and workability as you get closer to the green.

The 2014 COBRA BiO CELL Irons set looks very appealing down the address at setup. COBRA has thinned out the topline compared to its previous models, which makes the club appealing on the eyes.

I did notice that the club is much heavier than your average iron. This could be something you can get used to over time, but at first I felt like too much weight in my hands. I’d say the back of the irons do look cool with the different color schemes available to support your own personality, but at setup the iron just looks like a good looking iron.

The iron did feel quite clunky and heavy, something I was not used to since I use softer forged irons. However, the numbers I got from the club were awesome!

The COBRA BiO CELL Irons provided me with higher launch and greater spinning performance — along with more distance, which impressed me a lot. This also increased the carry distance over my current 7-iron from 172 yards to 179 yards. The total distance was closer as well to my carry distance, with the ball only rolling 8 yards for a total of 187 yards. My current iron rolls farther due to a lower launch rate and not as much spin.

I could use new 2014 COBRA BiO CELL Irons set’s extra distance and its ability to stop the ball on the greens faster.

For the price, I don’t know if you can find anything better on the market than the 2014 COBRA BiO CELL Irons set.

I was pleasantly surprised with the numbers, even though I felt like the club was too heavy and clunky for my liking. Give it some time, and I am sure I wouldn’t notice the difference once I got used to the weighting of the clubs. COBRA’s use of tungsten weight to impact the ball flight and distance is clever thinking.

Every golfer wants the ability to launch the ball high and stop the ball on the greens, and for a middle-handicap player, I highly recommend the COBRA BiO CELL Irons.