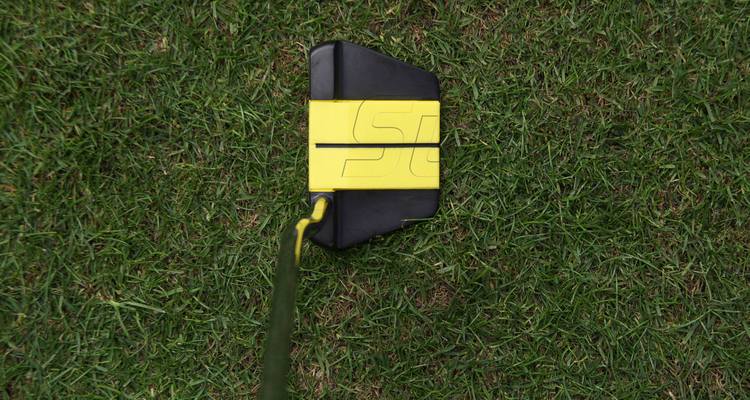 The Yes! Milly hybrid putter features a 350-gram head composed of an aviation-grade aluminum face and a 304 stainless steel body. The combination mallet and cavity back blade has a lightweight face and heavy back that generates a high moment of inertia (MOI). The heel-toe balance results in a very forgiving putter head on miss-hits. And the full offset double bend shaft and single alignment line in the cavity promote correct alignment at address.

In addition to hitting-area grooves, the Milly also features a heel and toe with tungsten to help generate that MOI and resist club twisting on off-center strikes.

You also probably won’t forget a bumble bee Yes! putter on the green. Here’s a look at these bright-eyed beauties:

Yes! is a an emerging putter brand that was acquired by Adams Golf in 2011. Since then, it’s grown to be featured on tours throughout the world. Yes! is known for its patented C-Groove Technology, which the company says grips the back of the ball and lifts it forward on impact.

A Yes! putter with C-Groove can create almost instant stabilization, causing the ball to roll forward as much as six times sooner than any other putter, according to Yes!.