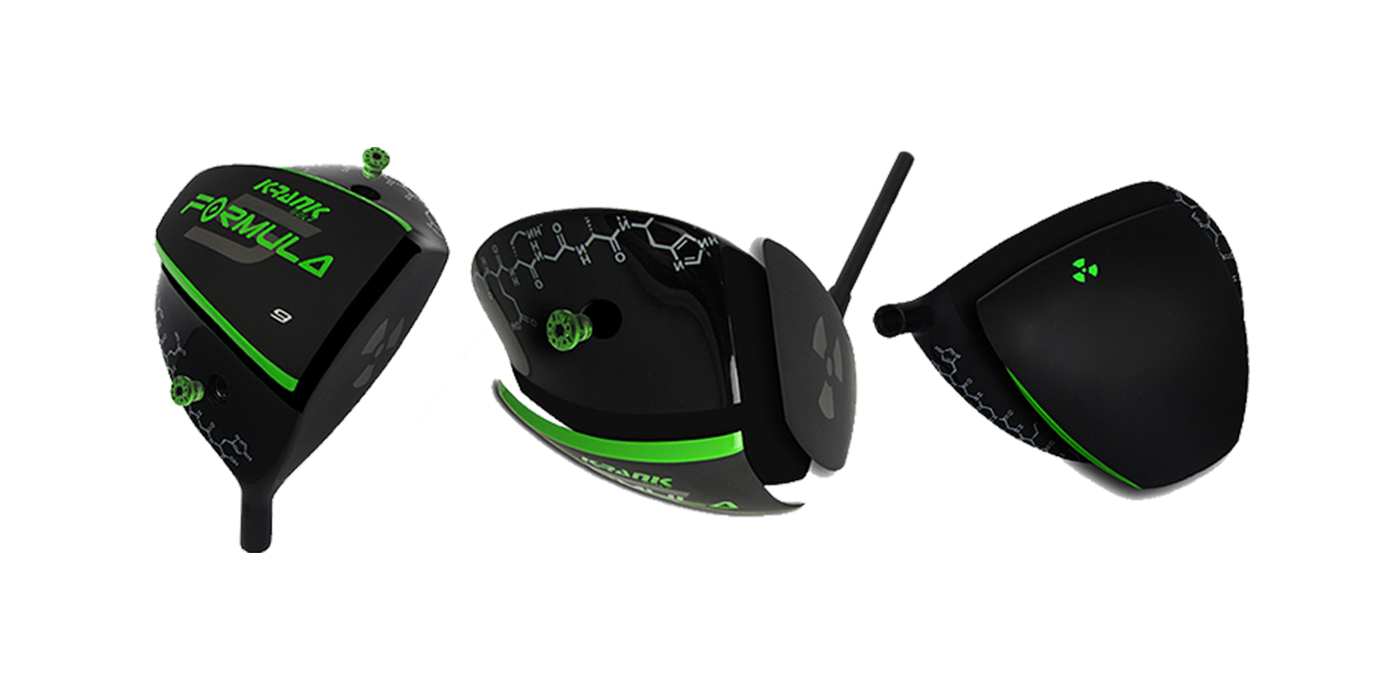 But first he must make it through St. Louis. If only VanRanst has a new Krank Formula 5 Driver…

After qualifying for the RE/MAX World Long Drive Championship Regionals, I had to do a little bit of research to found out that my next competition would be in St. Louis at the Crystal Springs Quarry Golf Club. My dad, a friend, Nick Monson, and I made the eight-hour drive the day before the Long Drive golf competition. We checked into our hotel and relaxed after a long day on the road.

That night, thinking about the competition, I didn’t get a ton of sleep.

The following morning, we got up early and headed to the course. Registration began at 7:30 a.m. with the Long Drive golf competition starting at 9. After we were in, I bought a practice bucket and started warming up, with 90-degree temps and a higher humidity, it didn’t take too long to get loose.

As more and more competitors showed up, it was clear that these weren’t the typical players that I saw at the local competition in my home state of Minnesota, where I qualified with a 329-yard drive in 20 mph wind (See previous Teddy VanRanst article HERE.).

Long Drive competitor/2nd Swing Golf Blog writer Teddy VanRanst competes in St. Louis for a spot in the RE/MAX Long Drive World Championship. Our man says he was one of the smallest in the Regional competition.

Some golfers showed up with bags that held 10 or more long drive golf clubs. A lot of these guys looked more like competitive bodybuilders, these guys meant business. As one of, if not the smallest competitor there, I was getting kind of nervous.

However, there was no way of knowing how I would do, until I got to hit against them.

The Regional events are a little different than the local qualifiers. It is a bracket style, random draw, double-elimination tournament. So the pressure is on.

You are put into groups of either five or six other long drive golf competitors. And then each group is split in half, with a winner from each half group and also a wild card from the total group advancing or three altogether.

Win and keep going, lose once, you drop into the loser’s bracket. Lose again, you’re done.

Since I had a bye going into Round 2 for winning the local qualifier, I went up against two other competitors. Each hitter has his own spotter who watches ball flight and communicates with his partner downrange to find the distance of each shot.

Halfway through our set, I asked my spotter if I had kept any in. He shook his head no.

My last three shots faired the same as the first three. Dropping into the loser’s bracket, I knew that one more loss, and my day — and rookie year — was over.

I next hit in Round 4. I decided before my drives to just leave it all out on the tee box. I knew that if I hit it well, I had a chance, as long as I kept it in the fairway.

My first ball sailed left of the grid. Then is hit my second well, a slight draw kept it in-bounds. I wanted to build though; and I amped it up for my third shot. This one drew even less but started up and down the middle.

When it was all said and done, I won my round with a 369-yard drive.

In Round 6, I managed to keep three shots in the fairway. My best drive was 362 yards, again besting the competitors I was up against.

At this point, I thought, “Hey, this might be possible.”

Long Drive competitor and 2nd Swing Golf Blog writer Teddy VanRanst (right) with his father, Brian, at Regionals in St. Louison trying for the RE/MAX Long Drive World Championship. Maybe next year, if he has a Krank Formula 5 Driver.

In Round 8, I started off with hitting a 340-yard drive, a decent benchmark to build on. On my fourth shot, I hit my long drive golf ball 359 yards — and couldn’t best it. I held the wild card spot until someone in the next group hit a 366-yard shot.

Like that, my day was done. And my year.

I was just one round short of the finals, but I had a sour taste in my mouth. Still, I thought about what I had accomplished with the limited equipment and experience I had (VanRanst is a former standout college baseball player who is not only is new to Long Drive golf competitions but to the game in general.).

I wound up finishing in the top-15 at regionals in my first year! I couldn’t have asked for more.

(You can buy new HERE at 2ndswing.com for $399.00. And check out the Krank Formula 5 Driver specs and video demo below.)

Our Long Drive golf competitor fell short in Regionals on the way to the RE/MAX Long Drive World Championship but he will keep giving it a go. And he’s really excited to up his game with a specialized Krank Formula 5 Driver.