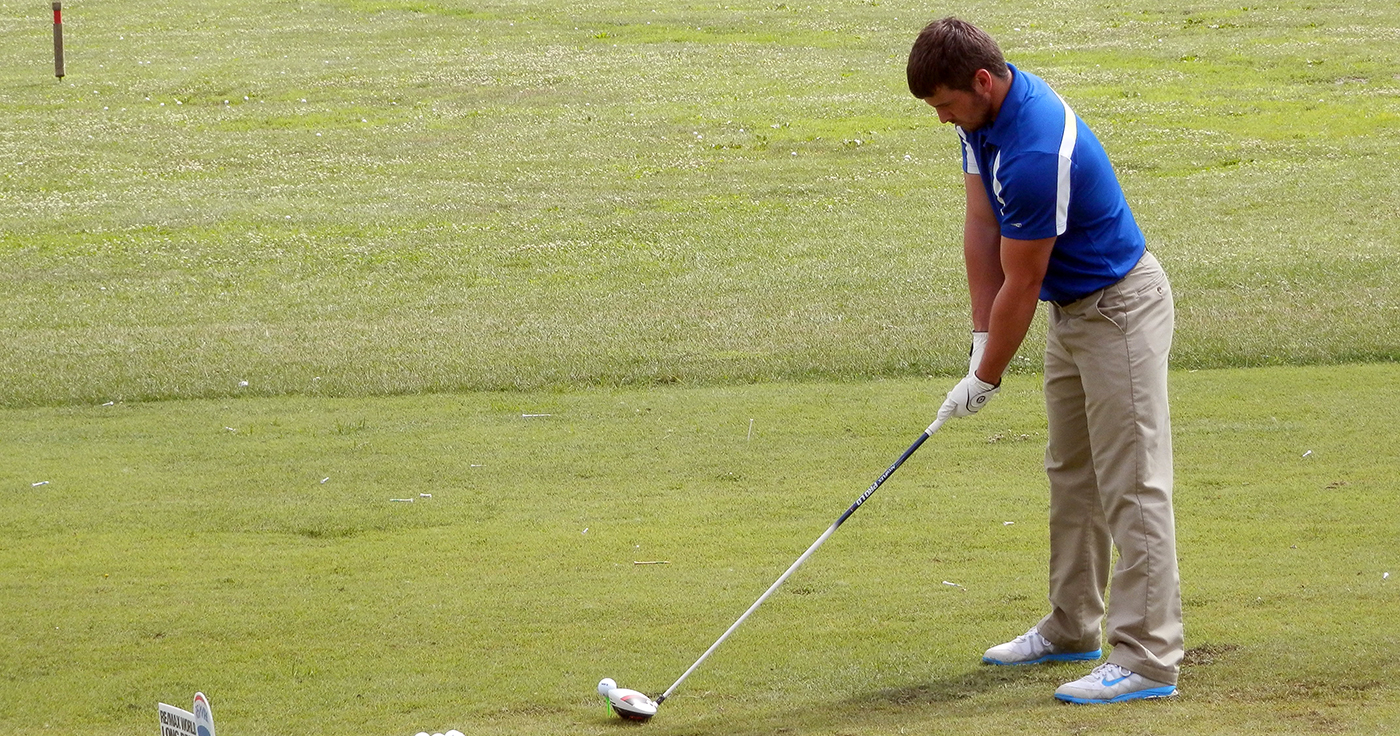 First up, getting through the local competitions.

In this segment, 2nd Swing Golf writer and rookie Long Drive competitor Teddy VanRanst explains the basics of qualifing for this everyman sport that focuses on everyone’s favorite part of the game, hitting the ball fast, far and straight.

2nd Swing Blog writer and Long Drive compeitor Teddy VanRanst (the lefty on the far left) qualified locally and in this photo is at Regionals in St. Louis. He made it to Missouri with a 329-yard drive into a 20 mph wind.

The first step in making it to the RE/MAX World Long Drive World Championship held in Mesquite, Nev. Sept. 20-27, 2014, if you are new to the sport like me, is to qualify for a Regional Competition.

In order to reach the RE/MAX World Long Drive Championship, you must win, or qualify through a local competition. These can be found all over the country, ranging from towns as large as St. Louis to as small as Moorhead, Minn. For my first year doing this, I decided to just try one local event, just to get my feet wet in this new endeavor.

When you arrive at a local qualifying event, the sign-in table is situated near the hitting area. Each local qualifying site is divided into groups for three different regions. In Moorhead, where I was, the regions we could try to qualify for were Nos. 5, 6, and 8. Each of these regions is comprised of a few select states. There are a total of 14 different qualifier regions for the United States, and one international group for those who live outside of the country.

Hitting golf balls lasts roughly 2 1/2 hours. In order to swing, all you need to do is pay $40 and tell the scorekeeper which region you would like to try and aim for.

The fee allows you to hit six balls. And your farthest ball, within the 50-yard-wide fairway, is the only ball that counts.

For each set of six you would like to hit, it costs you another $40 (It’s almost like a carnival game.). The hitting can go pretty rapidly or drift into a lull when no one wants to swing.

A piece of advice: If you are going to go early, be prepared to have your stomach in knots for the rest of the qualifying time. For me, about 15 minutes into the competition, I hit one ball 321 yards into a 20 mph wind, which had no roll since it stuck into the soggy landing zone on our fairway. Still, this put me in the early lead for my group, which was Region 6 for the RE/MAX Long Drive World Championship.

An interesting thing about the local events is that each region has a progressive number of qualifiers. What that means is if there are one to six paid entries, or tries for a given region, only one person who wants to qualify for that particula regional event will advance. But with seven to 15 entries, two competitors will advance. Finally, with 16 to 25 participants, three will advance.

By the time noon rolled around, no one had bested my 321 yards for my region yet. So I was feeling not as nervous, until a young man hit the ball 327 yards. Striking a low, slower rising ball and keeping it out of the wind, he took the lead for our region with about 20 minutes left in the competition.

By this point, enough people have put down their $40 where our region was going to take three people to the next event. I decided to try and best his 327 yards and win our region. If I could beat him, I’d get a bye headed into Round 2 at the Region 6 event. Forty dollars later, I was up hitting with five minutes left. Throwing pretty much everything I had into it, I kept three drives in the fairway.

My best ball stopped at 329 yards. To say I was happy and excited was an understatement.

“It only takes one.” That seems to be the common saying all long drivers live by, me included now.

Would my luck keep up the following weekend in St. Louis and maybe then the RE/MAX World Long Drive Championship itself?

I get that I have no way of knowing, but I did know that this sport was addictive — and I now realized that I could compete at this level.

Will our 2nd Swing Golf Blog writer and golfer make it to the RE/MAX World Long Drive Championships?