May 2, 2014By: Christopher Hamilton Comments (0) in: Irons Images, Photo Galleries 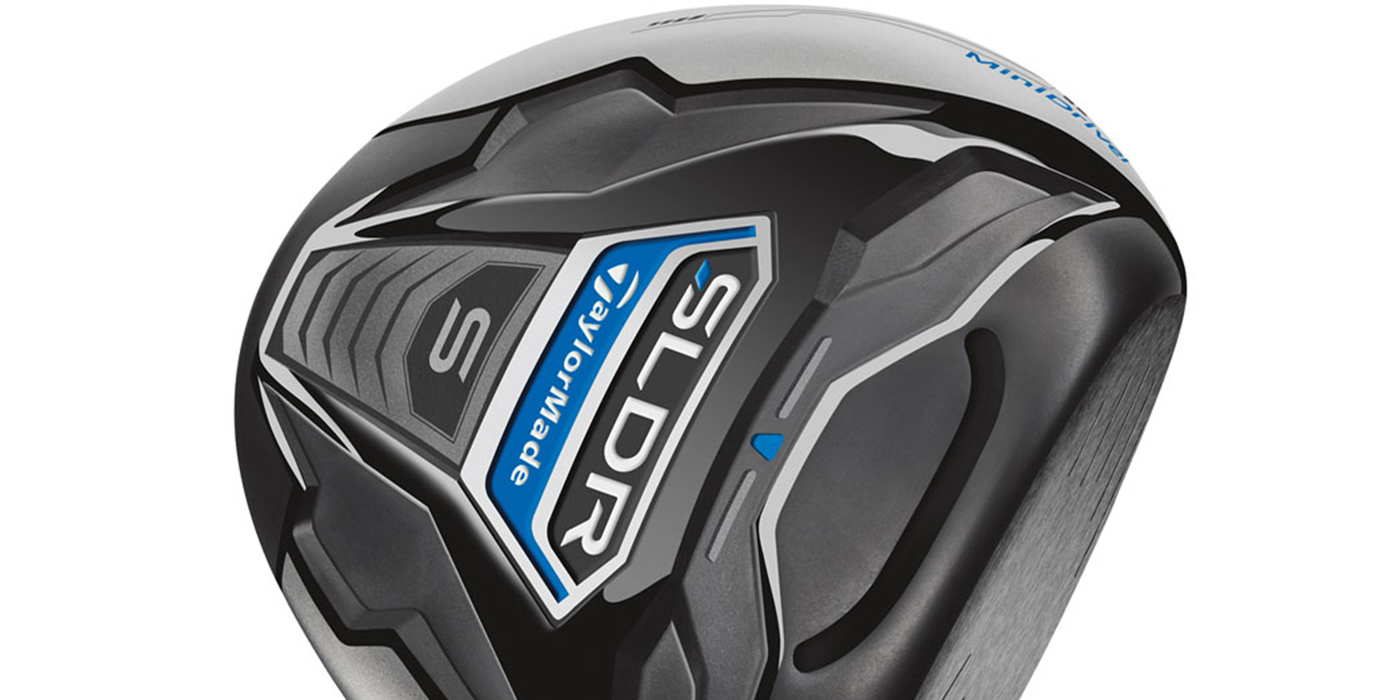 It’s touted as an all-new category of club that can be hit from either the tee or fairway.

TaylorMade noticed that PGA Tour pros and some of the better amateurs hit their 3-woods off the tee a lot more frequently than from the fairway, so the company embraced that insight and created a new golf club, according to TaylorMade.

The SLDR Mini TP Driver incorporates its cutting-edge “metalwood technology,” including the distance-enhancing Speed Pocket, and sized the club between a 3-wood and 460cc driver.

“We call it the SLDR Mini Driver: it’s incredibly accurate and longer off the tee than a 3-wood.” — TaylorMade

The SLDR Mini Driver’s 260cc footprint is larger with a face deeper, than a typical 160cc 3-wood. That’s intended to give golfers more stability and forgiveness on miss-hits and allows them to tee the ball higher. According the company, that latter feature makes the it easier to launch off the tee than a 3-wood.

The 2014 TaylorMade SLDR TP Mini Driver is touted as a new category of driver from tee to fairway.

The SLDR TP Mini Driver has a low-forward center of gravity (CG) — like the rest of TaylorMade’s SLDR metalwoods and a Speed Pocket, too. The pocket is there to promote more ball speed and less spin to create more distance and upward loft.

In addition, the SLDR Mini Driver’s relatively short shaft (43.5 inches compared to 45.5 inches for the average driver) is intended to give players additional clubhead control to help hit the ball straighter.

The TaylorMade SLDR TP Mini Driver’s sole, which is smaller than a driver’s, is designed to make it easy to hit this club off the deck or middle of the fairway. That’s why — even though it’s called a SLDR TP Mini Driver — the company says golfers will want to replace their 3-woods with it.