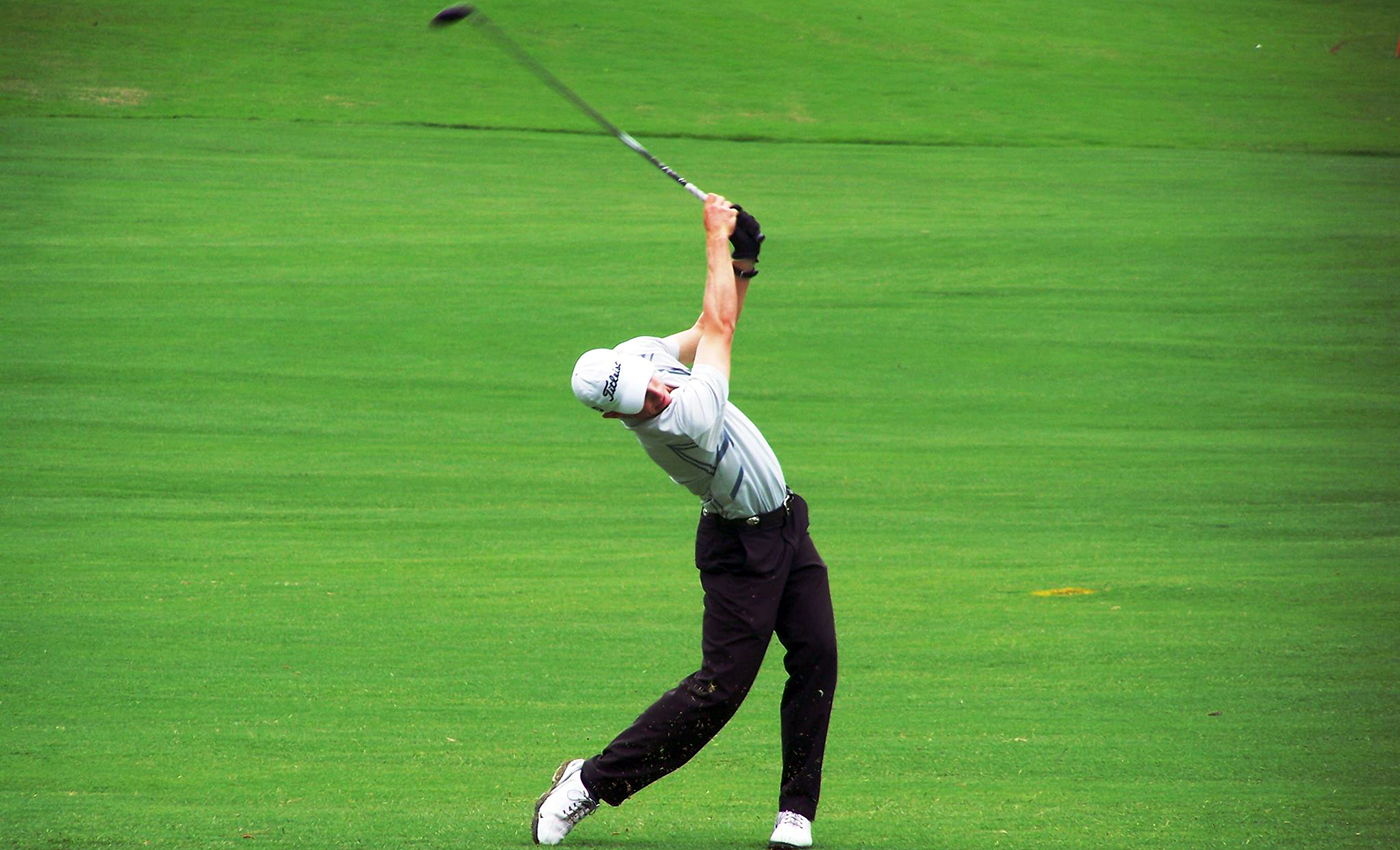 Shrinking fields and purses on the NGA — which is two rungs below the PGA — and competition from growing international tours is threatening the PGA’s U.S. development process.

It has players, such as myself, wondering: Is this Tour worth it?

I have been a member on the National Golf Association (NGA) Tour, formerly the Hooters Tour, for the past three years. The NGA has been know as the best developmental tour in the United States, right behind the Web.com Tour. The NGA Tour events had the best-guaranteed purse size, and all events are run exactly like PGA Tour events. (For instance, the NGA Tour has the course from Monday till Sunday each week.)

However, I can see the decline in participants, and problems began to arise in 2012. Just two seasons ago, every event had no problem filling its field with players.

There also were “Monday Qualifiers” for each event so non-NGA Tour members could try and get in — and those were filled with players. The purse sizes were guaranteed and reached between $150,000 to $200,000 each week.

In 2013, the NGA Tour scheduled a Monday Qualifier for its first event of the season in Tallahassee, Fla., but the numbers weren’t there. So, the NGA accepted all non-members to play in the week’s full tournament. For the first several moths of last year, the NGA continued to guaranteed purses of $150,000 to $200,000. And then in July in Natchez, Miss., it offered a PGA Tour and Web.com Tour exemption and lowered the purse size to $110,000.

For the remainder of 2013, the purse sizes were $150,000. Let’s face it, this was a great deal us regular NGA players because the fields were not getting filled, yet the purses remained guaranteed. At the time, the NGA could afford to continue to guarantee the purses due to the membership costs paid by all members.

But it wouldn’t last.

This season in 2014, the purse sizes offered to players at the beginning of the year were guaranteed at $130,000 to $150,000. A drop, but, yes, still enough to attract players to continue to travel to the Tour.

Then more changes started to happen. Serious threats to the NGA’s health, I believe.

The NGA Tour did not get close to the membership numbers it was expecting and decided that it would no longer guarantee the purses and informed players the afternoon before the first event. As a player, you could see it coming because we weren’t alone. All the other American mini-tours were not getting close to filling their fields.

The question was: Where have all the players gone?

Myself, I only played in two NGA Tour events in 2014 because of these changes. Without a guaranteed purse, financially it’s just not possible for me to travel from my home in Minnesota to these events. Just look at the schedules here from 2013 and 2014, and you can see the financial difference clearly spelled out.

With the setup as it is currently, I simply can’t cover all my travel expenses, the entry fee — and make money — when there are not enough players in the field to make the purse size worth it.

As a result, so far this season, the NGA Tour has averaged a field size of 69 players through the first 11 events. To put this into perspective, a normal full field is 156 players. That means only 44 percent of the field is full today compared to just a year or two ago.

This week’s NGA Tour event (May 26-31, 2014) is being played in Knoxville, Tenn., and has only 31 players in the field. So now the question is: Just how much longer this Tour will be operational without a consolidation with all the other mini-tours?

Brighter days than 2014 for then-NGA/Hooters Tour just a year or so ago in the same city, Knoxville, Tenn.

But it is not only the NGA Tour that is struggling this year.

The other tour on the East Coast is the eGolf Tour. Its numbers are higher than the NGA Tour, with an average field size of 97 players through the first 11 events of 2014. However, with a normal full field size of 162 players, this means that the field sizes have been only about 60 percent full on average. The eGolf Tour also developed a new tour on the West Coast this season, appropriately called the eGolf West Tour.

Now, eGolf has created competition with the All-American Gateway Tour. The eGolf West Tour has averaged a field size of 57 players through its first 11 events. A full field on the eGolf West is 120 players, meaning that field sizes have only been about 47 percent full on average.

The All-American Tour, which by the numbers has been the best-performing tour of the four I have mentioned. It has averaged a field size of 94 players during the season. But the All-American Tour is seasonal and only runs from October to April with about 15 events. A full field on the All-American Gateway Tour is 132 players, so the field sizes on average have been only 71 percent full there as well.

And another seasonal mini-tour will be beginning at the end of June. That’s The Dakotas Tour.  The Dakotas has not had a problem filling fields in past years, but time will tell.

The Dakotas Tour runs through the first week of September. I estimate that again this Tour will not have a problem filling fields as it has smaller field sizes and also guarantees a minimum 100 percent payback on entry fees, some events have additional sponsorship money added to the purses.

The events on The Dakotas Tour also are during the time period where the PGA Tour Canadian players already know their playing status after the PGA’s Q-School (qualification process), and during a period when it is too hot for the PGA Latin America Tour, which should allow The Dakotas Tour to fill fields no problem.

The only downside to The Dakotas Tour is that its a long way to travel for mini-tour players from down South. The Dakotas Tour season is intense, too, with 16 events in a 10-week period. So if players come to this part of the country to compete, they may as well stay for the entire season.

The other mini-tours down South also may gain some numbers back from the players who attempted to qualify for PGA Tour Canada and but didn’t win status there. Or players from PGA Tour Latinoamérica might trickle home as since they don’t start again until October.

But only time will tell. As for me, I trust The Dakotas Tour for the summer and expect that it will attract even more players from the South that have lost faith in the other mini-tours that cannot fill their fields during these complicated days for PGA Tour-qualifying golf.