A Clean Clubface for Maximum Backspin 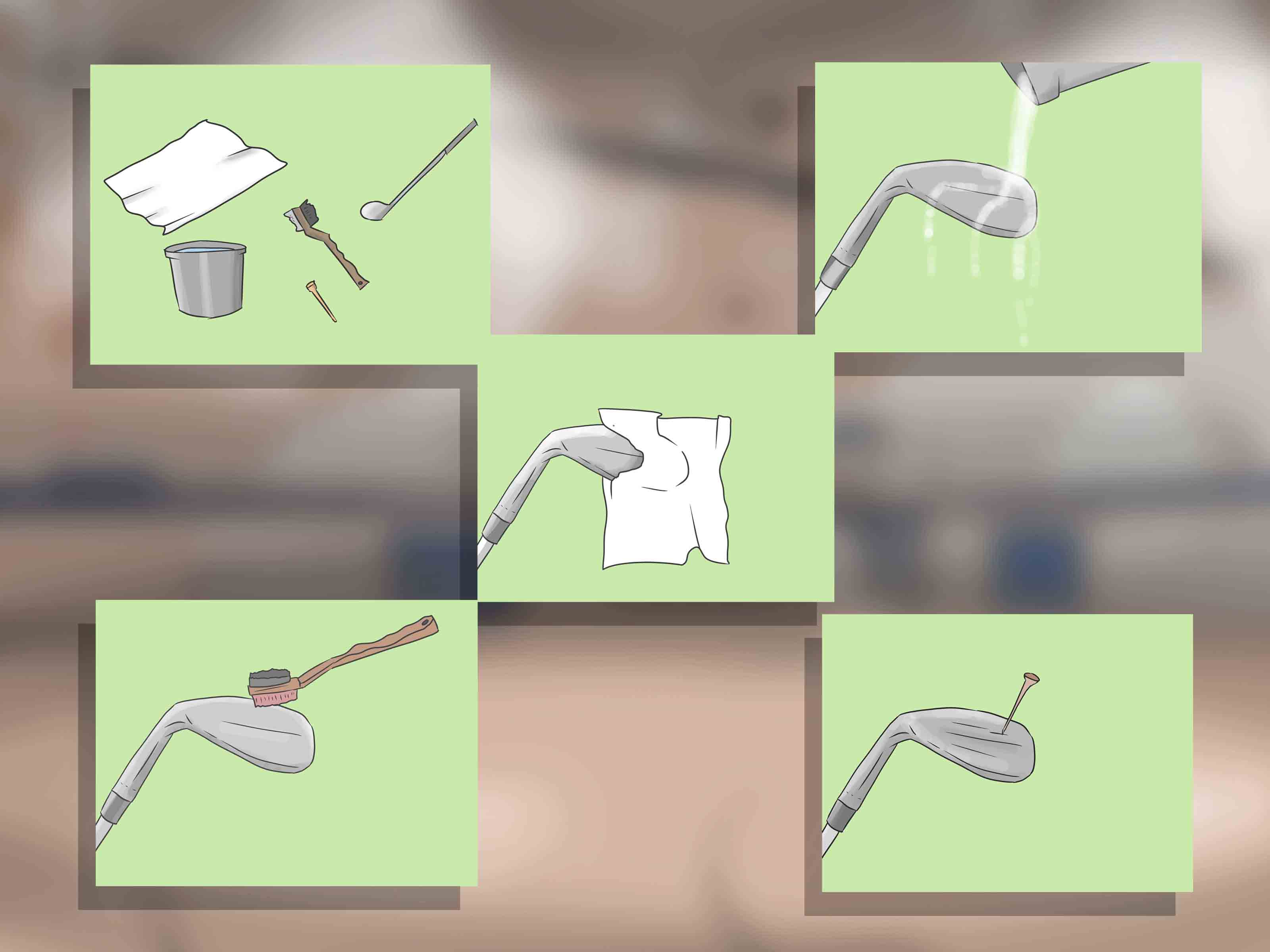 A Clean Clubface for Maximum Backspin

Why it is important to have a clean clubface for maximum backspin, particularly on your chips and pitching.

Hint: A damp towel will go a long way toward improving your shots to the green.

It doesn’t take much to maintain a clean clubface and improve your overall golf game.

I see many golfers show up to the course to play with a freshly scrubbed set of clubs ready to go. What I do not always see is a nice towel to for a clean clubface as the golfer hit shots when playing his round.

The golfers seem to forget that the game is played outdoors, on real grass and soil, and subject to all sorts of weather conditions.

Many players tend to hit shots and then do a quick rub of the clubface on their pants or with their hands (usually soiling their golf gloves, not to mention destroying the gripping ability of the glove).

In order to get the full benefit of the clubface and the grooves manufactured on it, the clubface should be thoroughly cleaned off with a towel (preferably damp) until all the grooves and flat face surface are free of debris. You may also use the pointed end of a golf tee to get rid of the dirt in the grooves.

There is much talk and debate about a clubhead’s grooves and their size, and volume.

Amateurs will have until Jan. 1, 2024 until they must conform to the USGA rules for elite competition (such as the U.S. Open and other official amateur events) to be able to post their USGA scores for handicap purposes with the newest specs. Since manufacturers have been required to produce clubs meeting the new specs since the end of 2010, there is a good chance that these amateurs will have no problem carrying conforming clubs.

All this is a waste of time however, if the players don’t take the time to clean the clubface.

You must think of the grooves as “rain gutters” They are designed to channel away the moisture, grit and fine debris from between the ball and the clubface plane surface so that the greatest amount of clean dry face surface may grip the golf ball cover for maximum backspin.

You can see here how significant the grooves are on the average clubface and imagine how it helps increase ball spin.

I was once told by the USGA technical director that in testing the most rpm’s that could be generated were with a clean dry face and no grooves.

Just think of it as the slick tires on a race car. The race car driver wants maximum grip for less wheel spin (slippage), so they get rid of the tread on their tires altogether.

If you don’t have a clean clubface, your grip on the ball loosens and slips (which makes contact with the ball faster like bald racing tires on a track for speed), causing flyers, jumpers and other problem golf shots.

This would be impractical for us to do with clubfaces since we play the game on turf outdoors and will certainly require the aid of the rain gutter grooves to help move all that stuff away from the ball surface.

If you do get some moisture or debris (some thin, juicy grass for instance) between the clubface and the ball, you’ll hit what’s known as a “flyer” or a “jumper.” Both of these are bad when you are trying to hit a green in regulation.

The flyer is caused by the debris getting trapped between the ball and face and not gripping the ball cover. Less backspin is produced, and the ball will “fly” an uncontrollable distance (usually too far and into some stuff you were not aiming at).

This is a good video reminder:

Take a look at the clubface next time you hit a shot from light rough. You’ll see the ball mark on the face with the grass getting squeezed out from under the ball. If your grooves and clubface are clean, you may get away with a decent shot. But if the grooves and face were already clogged up or dirty, then you probably had no chance even before you took the club back.

A damp towel will suffice, but there are plenty of tools on the market, including this new specialized golf club groove cleaner.

Here’s a good photo illustration of how to properly and safely clean your clubs after a round:

Don’t forget to do more than just keep a clean clubface from time to time.