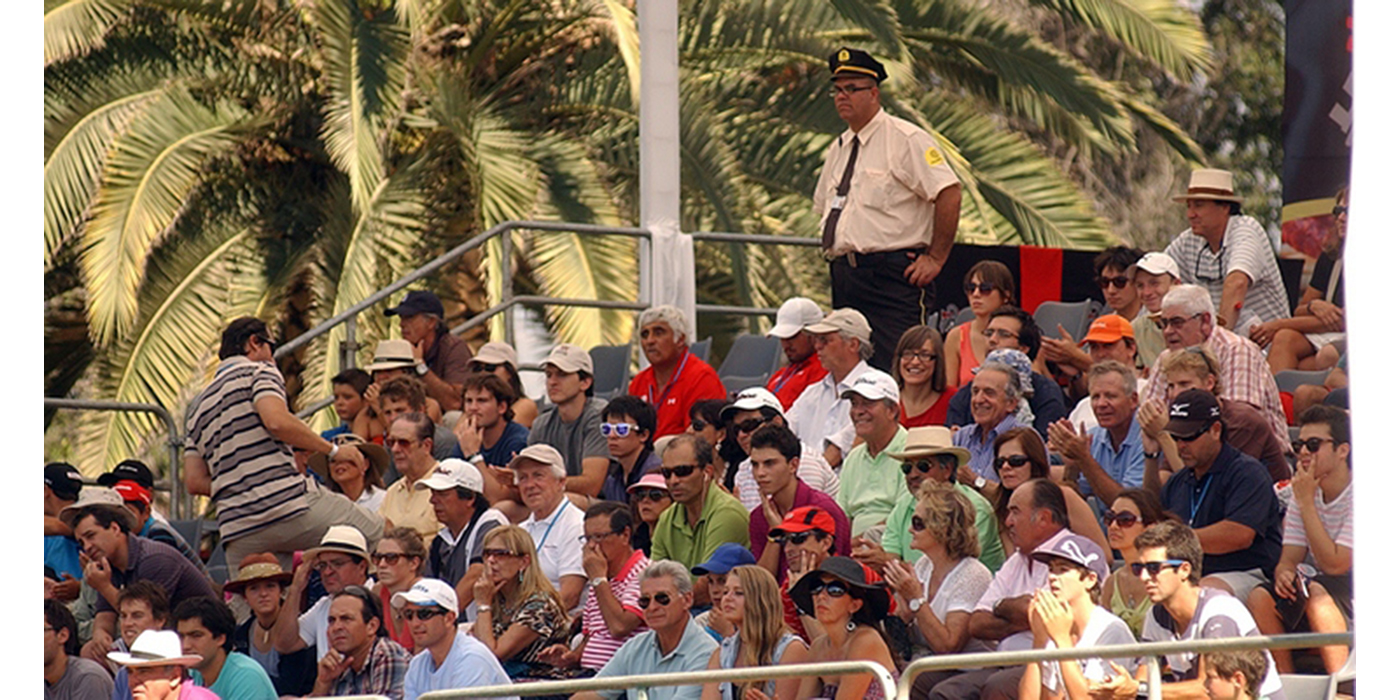 Life on a professional golf tour is not always peaches and cream, sometimes there are surprise shake ups and just plain low weeks.

Everyone goes through them if you play for any length of time. When you go through them you have to just keep working and expect at any minute you can start climbing your way to the top, and when you do you appreciate the highs much more because of the lows or rough patches.

I’m in the middle of a four-week stretch of tournaments on the Web.com Tour, three of which are being played in South and Central America. I am writing this blog as I sit on the plane getting ready to head to Panama City, Panama for the next event.

The past two weeks have been tough for me. But I started with high hopes as I flew to Santiago, Chile. I’m in the Chile Classic at the Prince of Wales Country Club fighting for a piece of the $650,000 purse.

After a full day of travel from Orlando, Fla., I arrived in Chile ready for a good night of sleep and to start my week. I truly love Chile! It’s a beautiful country, and it is so incredibly clean. Everyone feels safe as we walk around the city to get food and kill time during the day when we are not at the golf course.

A special tourney celebration in Chile.

I played the Pro-Am to get familiar with the golf course. (On a side note, to show how small the world is, I played the pro-am with the father of a player who was from Chile that I beat by one shot in the National Junior College Championship when I was a freshman at Central Alabama Community College back in 1999.)

Also, that night Chile had an earthquake that read 5.6 on the Richter Scale.  Not a big deal for the people who live in Chile because they have earthquakes all the time. For me, though, it was a little scary, especially since I was on the 12th floor of my hotel, and it was about 1:40 in the morning.

I come to find out after talking to some of the locals that the buildings in Chile sit on rollers so that they will move because of all the earthquakes they have in their country.

And Thursday was not a good day for me as I opened the tournament with a 77, playing in the afternoon. The course played firm and tough for the afternoon wave. The best score that day was a 69, but it was no excuse for my play.

My short game was not up to the standard of a tour player, which led to my poor play. Friday morning I knew I needed to get off to a fast start so that I could give myself a chance to make the cut, and that’s what I thought I did.

I made a nice par on the first hole and then hit it inside 4 feet on the 11th hole, which was my second shot. As I addressed the ball, I started my stroke and on my down stroke I saw the ball move from its position.

I ended up making the putt. And my playing partners, Colt Knost and Hunter Hass, told me nice birdie. But then I told them that my ball moved, they asked if I was sure because they didn’t see it. I told them I was sure. We asked the rules official if there was a penalty, and he said I would incur a one-shot penalty because I addressed the ball and had already started my stroke.

I played hard after that, but missed another short putt and didn’t birdie an easy par-5.  I ended up shooting 68 for the round, but I still missed the cut by three shots.  A hard pill to swallow since I made so many mistakes those two days, but it is what it is — and I would just practice and get ready for the tournament in Sao Paulo, Brazil.