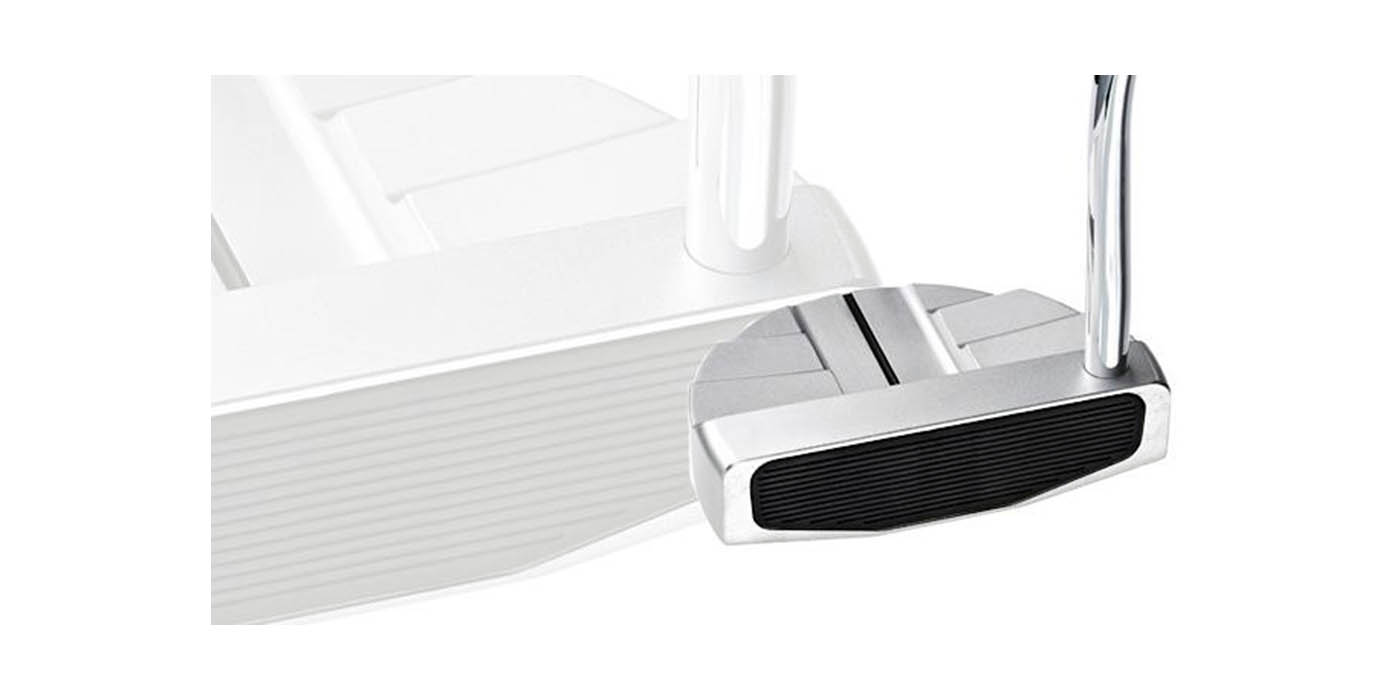 Now this model hearkens back to the club that put Bobby Grace Putters on the golf world map, the Fat Lady Swings, which helped Nick Price win a PGA Championship in the ’90s.  First off, American-made Bobby Grace Putters are ranked among the best in the world.

Grace is a self-made innovator and tinkerer who is known for introducing such game-changing design breakthroughs as high moment of inertia (MOI) mallet putters. Other new Grace technologies, such as those on the Bobby Grace AMG Fat Lady Putter, include his “Golf Ball” core inserts and “Tri-Plane” sole design.

“Merging new technology with our most popular putter design, Bobby Grace is reinventing a classic and keeping the legacy of of the Fat Lady Swings alive,” according to the company.

The Bobby Grace AMG Fat Lady Putter is milled from 6061 aircraft aluminum and weighs in at 350 to 385 grams, depending on the player’s desired specs for the clubs such as shaft length.

The company claims that the new and improved Bobby Grace Fat Lady Putter should be considered revolutionary, once again. The putter has a pronounced sight-line in the back cavity that’s coupled with step-downs to make the square-to-square alignment easier.

The mallet-style Bobby Grace AMG Fat Lady Putter also comes with the company’s polymer HSM2 insert to ensure maximum forgiveness. The exterior is made of a new steel blue hard-coat anodize finish to protect from scratches and give it an original appealing look.

The Bobby Grace Fat Lady Putter also comes in a choice of heel or center-shaft position for right- or left-handed golfers and finally a signature neoprene head cover.  Here are some other Bobby Grace Putters facts, according to the company:

Bobby Grace Putters started with Grace collecting classic putters and selling them around the world. By the early 1990s, as his business flourished, he decided to incorporate that classic style with new technology. Soon, he was with the help of a team, Grace was manufacturing “limited edition” putters as part of his Bobby Grace Classic Club business. His company’s big break came in 1994.

Price, who was about to become the No. 1 ranked player in the world became enamored Grace’s “The Fat Lady Swings” putter. In fact, Price won the 1994 PGA Championship with a Fat Lady putter — and Grace soon had more than 27,000 orders. It was his big break.

In 1997, Bobby Grace Putters was purchased by COBRA Golf. In 1999, Grace moved on to start another putter company, which MacGregor Golf bought in 2003. In 2009, Grace bought back all of his patents and name copyrights  name to start again as Bobby Grace Tour Putters.