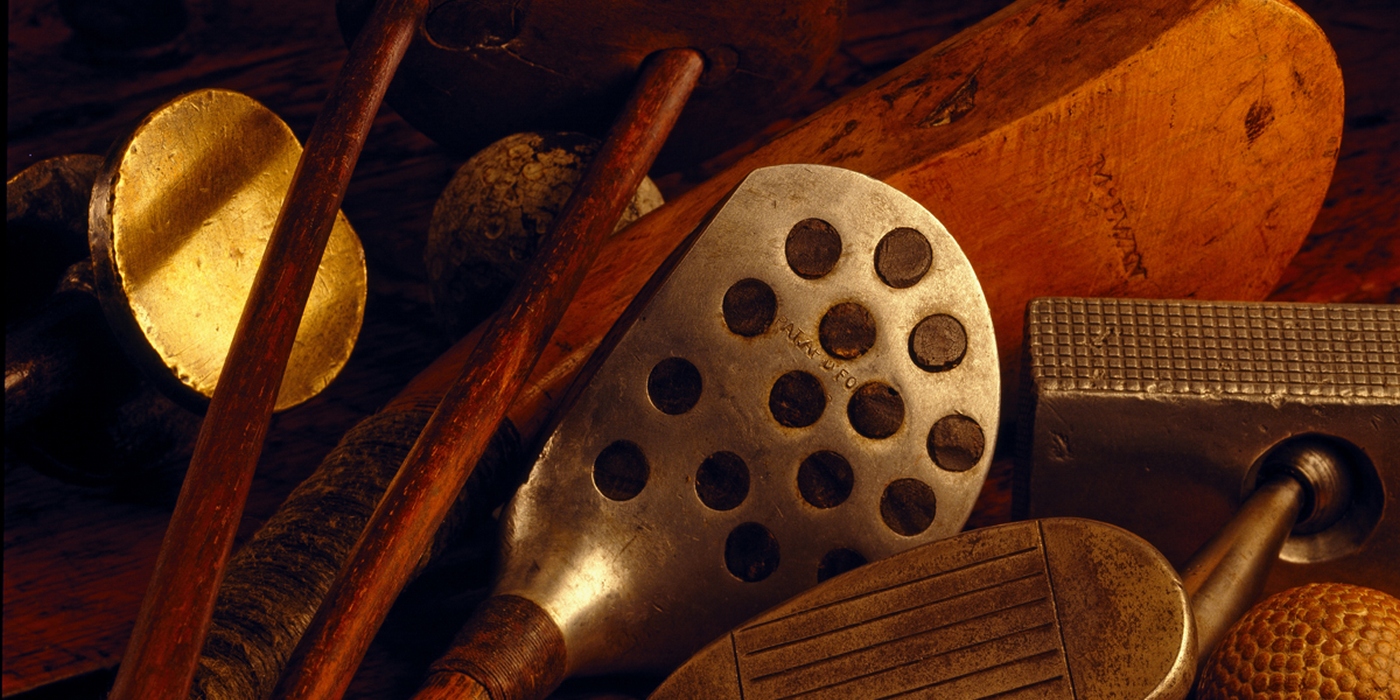 Since 2nd Swing Golf is all about golf clubs, I will be writing a series of articles regarding clubs — from the earliest — to the definitive clubs of the 19th to 20th centuries.

Then, I will move on to the classic clubs that were used during most of the 1900s (ones many of you are familiar with), but gradually disappeared as this current 21st century began.

In its simplest form, I believe that golf has three basic principles. It is a game played by using a stick to hit a ball into a hole.

There were numerous games in the history of sport that involved a stick of some kind whacking a ball-like object, but not until the actual game of golf was invented was such a game played over vast distances to a hole in the ground.

For this reason, I will not be addressing the early claims to the origin of golf from the likes of Chuiwan from China, paganica from Rome,  jeu de mail from France, and kolf from the Dutch.

Chuiwan was a game from ancient China (around 1000 A.D.) with rules that arguably resemble golf’s.

Paganica is a sport historians trace back to the Rome, which involved using a bent stick to hit a stuffed leather ball.

Jeu de mail or jeu de maille was a mallet lawn game originating in the 15th century France, considered a cousin maybe to golf but closer to croquet.

Kolven or kolf originated in the Netherlands where foursomes played by hitting a ball over set distances and then tried to reach their opponents’ starting point first.

These were all very fine games that had the players attempting to hit an object toward some type of goal like a doorway, tree stump or stake. But they lacked the part about having to hole out your ball (except, controversially the Chinese version).

The Scots were the inventors of that part (as they used the multitude of rabbit holes on their open land), and golf will always be known as a Scottish game.

The game of golf is noted in writing in 1457 when King James II of Scotland mentioned to his subjects that perhaps it would be better if they put aside this new game and practiced their archery. After the king spoke, not much golf was played for the next 100 years.

King James II of Scotland was the first monarch to mention golf in his writings dating back from the mid-15th century.

The earliest wooden clubs were made from not much more than small whippy trees that grew from of the banks of rivers and streams. These were preferred because the roots grew out of the side wall of the bank of the waterway, and the tree grew upward toward the sky.

By cutting off the small tree at its stump, the first club makers had a naturally formed head curving into the shaft. Later, and for nearly the next 400 years, wooden clubs were made by using a wooden shaft (first ash and later hickory) attached to the long nose head by means of an overlapping “scarred” neck with tar pitch cord whipping wound over the joint. This way, if a shaft were to break (as they often did), a club maker could use the same head and perform an early re-shaft.

A hand-crafted golf club made of hickory from the 1800s or earlier.

The first club makers in the 1500s to 1600s were craftsmen who worked for the royal court and who usually made the archery equipment. Later examples, with elegant flowing necks blended into the heads of the long nose play clubs and cleeks, or early shafted clubs and heads, were testament to the artisan’s level of skill.

Early “iron” heads of the day were lumpy little things cast from lead or a tin alloy that would resist rust, but were not the strongest items ever used in our great game. As time progressed the town blacksmith took on the task of hand forging the crude iron heads into something more recognizable to us today, but still on the rough side.

The smithy formed the iron hosel by beating the metal around a tapered form and doing the best he could to close the seam so that a wooden shaft could be installed. Samples of these early blacksmith clubs date up to the mid-1800s.

Hugh Philips of St. Andrews is considered by many to be the Stradivarius of golf clubs and lived until 1856.

Although golf gained in popularity in the 1700s it was still a game generally reserved for the wealthy and elite due to the cost of the hand crafted clubs and the expensive handmade featherie golf balls.

The first featherie golf balls were stuffed from several pieces of soaked cow hide stitched together.

There is written documentation in notes from a golfer who played the game on the Bruntsfield Links in Edinburgh, Scotland in 1687. I was attending the British Open at Royal Troon on the west coast of Scotland in 1989 and part of my trip had me in Edinburgh on the east coast.

As I checked into my hotel, I noticed that it faced directly onto the Bruntsfield Links. There, 300 years after those precious notes were written about playing golf on those very same grounds, were several local folks pitching to and putting on the green.

The game of golf has certainly endured.