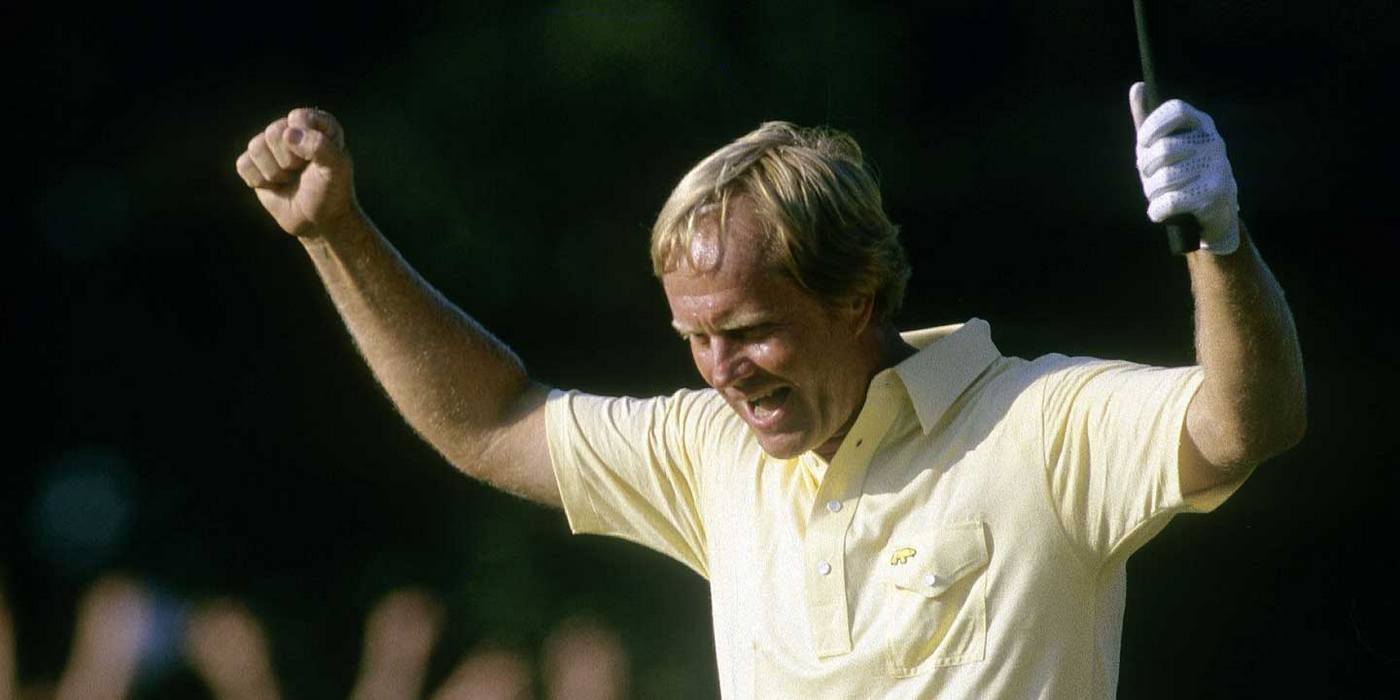 If there is one golf tournament that I enjoy spending a whole weekend watching from start to finish, it has to be the Masters.  It’s the first Major. It’s played at the same golf course. The azaleas. The fact that they still sell egg salad sandwiches for $2.50 and a cold beer for $3.

The famed Masters egg salad (Not shown is the very Southern pimento and cheese sandwich.).

But the one moment that I will always fondly remember is the spring of 1986, when Jack Nicklaus stormed from the back of the pack to win his sixth Masters’ title.

I was a senior at Gustavus Adolphus in St. Peter, Minn. It was an early Sunday afternoon on April 13, and I had a paper due.  Fortunately, I had the apartment to myself and a color 13-inch television. I figured to just have the TV playing in the background and have my money on either Seve Ballesteros or Greg Norman.

Norman started the day at 6-under while Ballesteros was one back. Nicklaus was trailing at 2-under and on his way to a respectable finish for a 46-year-old.

Then, the Golden Bear birdied the 9, 10, and 11. Hmm, I better pay closer attention. A bogey on the par-3 Hole 12 put a damper on my growing interest. Nicklaus was now three back from the leaders.

However, after pars on 13 and 14, Nicklaus put his second shot on the par-5 Hole 15 only 12 feet away and sunk the eagle putt.  Now he was only one back from Ballesteros. Nicklaus tossed up a high tee shot into the par-3 Hole 16. It landed above the hole and slowly made its way just past the cup and rolled about three feet away.

He made that putt, too.

Back on the 15th, Ballesteros had an open second onto the green. But he hooked his second shot and could not save par.

He now was tied for the lead with Nicklaus.

Nicklaus hit a wayward drive on Hole 17 but got his second shot to land 18 feet from the hole. After much deliberation, he lined up his MacGregor over-sized Response putter (Remember how many of those sold after this tourney?) and rolled it in.

I can still hear Verne Lundquist’s call to this day, “Maybe…yes, sir!” and seeing his arms both go up. A par on Hole 18, and Nicklaus was in at 9-under. He shot 30 on the back nine for a final-round 65.

Ballesteros never recovered and finished at 7-under. Lost in the shuffle was the steady play of Tom Kite. He had a birdie putt on Hole 18 to tie Nicklaus, but missed it. Norman, starting what would be a number of historic ‘could-have-beens,” was tied with Nicklaus coming into 18 but badly pushed his second shot and failed to get up and down.

Norman and Kite would finish tied for second place at 8-under, and Nicklaus would have his sixth green jacket.

Needless to say, I pretty much forgot about the paper due for the last two hours of the Masters, and for a few hours after that.  It was important to soak in the accomplishment Nicklaus had achieved. This is my favorite Masters’ memory.

How the Masters grew to what it is today
Dave Loggins’ (Yes, They’re Related) Masters Theme