Not so great, Scott 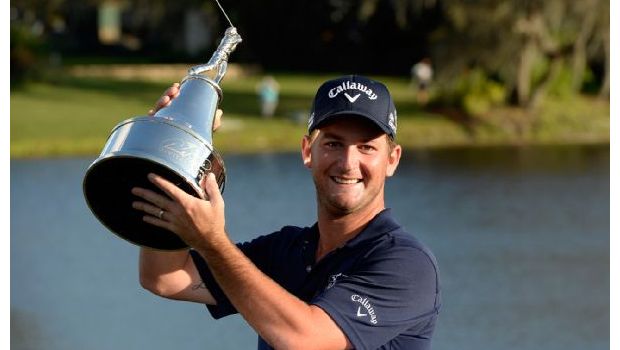 So, I suppose Adam Scott won’t be going to his hero Arnold Palmer’s for Easter this year.

The golf legend is known for his hospitality — and his fierce competitiveness. Matt Every(man) on the other hand, will probably be invited over to Arnie’s for Thanksgiving and Passover, too, after Scott disrespected the King in his home.

After all, Every sped by Scott’s wretched putting to eat his dinner on the final round Sunday at the Arnold Palmer Invitational in Orlando, Fla. Scott’s poor putting allowed Every — once best known for a pot bust — to win his first PGA Tour event, shocking even himself. Earlier in the week, Scott was decimating the course, breaking records and wowing fans.

Headed into Saturday, he had a 9-shot lead on Every. But it shrunk to 4 by Sunday. Then Scott almost vanished from contention by the final holes. It’s was Scott’s putting that killed him just a day after he was killing Bay Hill.

And Scott looked well on his way to a heyday Tiger wire-to-wire, but instead he finished 11-under to Every’s 13-under. After 36, holes Scott had set a Bay Hill record with a seven-shot lead.

A frustrated Adam Scott Sunday after letting the Bay Hill lead and a shot at No. 1 in the world slip away.

Every had a 2-under par 70 on the final 18 while Scott shot a 76. Scott opened the tourney with a 62 — tying the course record — and then a 68 on Friday. Things started to fall apart Saturday bit by bit for the Aussie. Every didn’t even beat Scott to take the top prize.

He had a dogfight of chips and putts with runner-up Keegan Bradley. Every, known for being guarded with the media, himself was blown away by the win, holding back tears. “I … I … I can’t believe I won,” he told reporters. “I just … I really can’t.”

Every certainly made his first Tour win interesting. He managed a bizarre birdie on No. 9 then even while he was pushing ahead to a three-stroke lead, then Every bogeyed on the last two holes. The tee shot that he feared might be out-of-bounds on No. 9 somehow bounced along a cart path and led to an unlikely birdie.

He surged to a three-shot lead when Scott’s putter betrayed him. Even with two bogeys on the last three holes — he missed a 4-foot par putt on the 18th — Every still closed with a 2-under 70.

Bradley got within one  shot on the final hole but his putt went wide.

The reigning Masters champ took home the bronze and a whole lot of speculation about whether Scott deserves to finally surpass Tiger Woods, who didn’t play because of back problems for No. 1 in the world. He’s now let leads slip away twice in his last six tourneys.