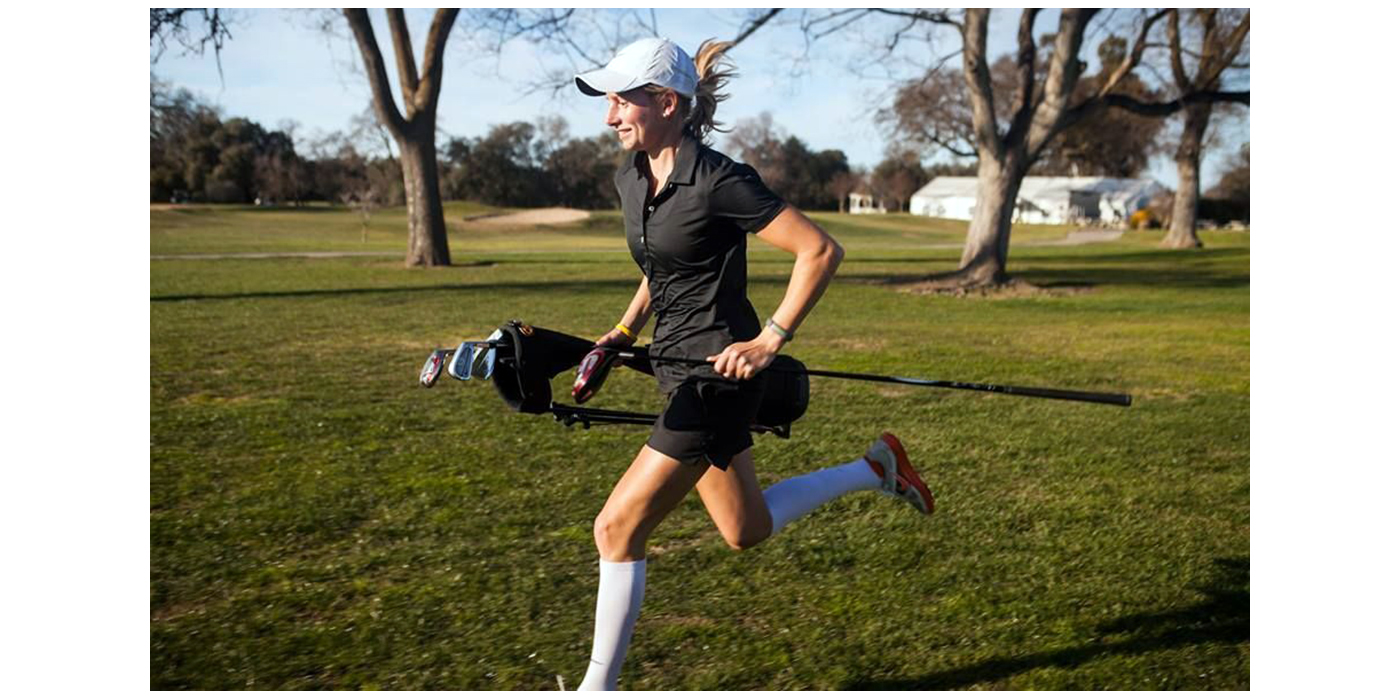 First off, what exactly is Speedgolf, or is it Speed Golf?

2nd Swing Golf Blog writer and PGA Pro Matt Keller explains the relatively new and exciting game meant to attract more players and why you should give Speedgolf a chance.

How many times have you heard a round of golf is too long?

That’s why the USGA is trying new initiatives such as the PGA’s Tee it Forward (to, literally, encourage using closer tees for quicker play) Play 9 (shorter rounds) and the USGA Play 9 slogan, “While We are Young.”

While they are encouraging, they don’t solve the necessary time commitment for some players. What if you could play 18 holes in under an hour while achieving a great workout, would you be interested?

There may be a solution for you. This is why you’ll find it interesting to learn how to play Speed Golf, or Speedgolf as it’s more commonly known. I did it. Even played a tournament this summer.

The growing sport also has an impressive association, along with official rules, Speedgolf International.

Speedgolf is, um, speedy. For real. And fun!

The goal in Speedgolf is to shoot the lowest score possible in as little time possible. The clock starts once you hit the opening tee shot and the final score is calculated by adding total score plus total time. The clock stops once the ball drops in the last hole.

Speedgolf rules are slightly different than a typical round of golf. In an effort to speed up play, participants can putt with the flagstick in the hole. However, the ball must reach the bottom of the cup.

In the event of a lost ball, out of bounds or unplayable ball, participants can quickly drop a ball anywhere on the line of flight of the previous shot with a one shot penalty. This keeps play moving forward without wasting precious time.

Founded in 2002, Speedgolf International conducts several tournaments throughout the year culminating with the world championship held at Bandon Dunes in October.

Christopher Smith currently holds the world record in Speedgolf with a 5-under par 65 in 44:06 minutes for a combined score of 109:06. Smith set the record score in October 2005 at the Chicago Speedgolf Classic at Jackson Park Golf Course. The current world champion, Rob Hogan, most recently won the Eastern Speedgolf Championship at the Founders Club in Virginia with a 79 in 39:44 minutes for a combined score of 128:44.

Speedgolf participants utilize a variety of equipment during competition. First off, trade in a pair of golf shoes for a good pair of running shoes.

Players such as Hogan actually hold the bag while putting with one hand. His technique saves valuable time and eliminates the need to place the bag on the side of the green while putting.

And here’s a video from the USGA explaining the reasoning behind its 2014 “While We’re Young” campaign:

As a PGA professional, avid runner and basically no experience with Speedgolf, I entered the 2014 Eastern Speedgolf Championship. My club selection included a 3-hybrid, 4-iron, 7-iron, 9-iron, 52-degree and 56-degree wedges and a putter.

My game plan was to keep the ball in play and consistently advance the ball. In retrospect, I was really surprised at the ease from running up-tempo to the transition of making a full swing. I hit over two-thirds of the greens in regulation.

However, putting, chipping and pitching with an elevated heart rate proved much more difficult than I anticipated. My round consisted of approximately eight 3-putts.

There is no deliberation, thinking, GPS, laser finders, etc… Rather, Speedgolf forces you to react. You simply eyeball the distance, hit and run.

Enjoy another detailed video from Smith about how to play Speedgolf: