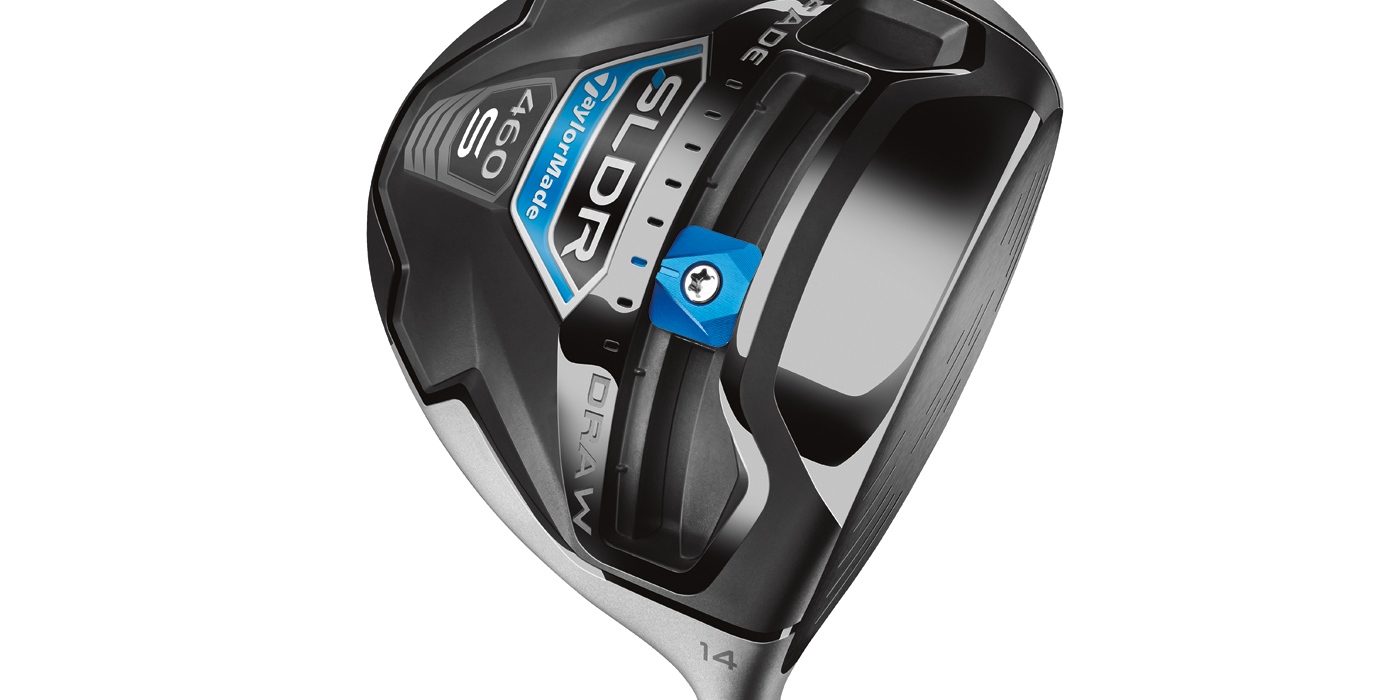 Click HERE to pre-order now and to buy as of May 16 a new 2014 TaylorMade SLDR S Driver at 2nd Swing.

TaylorMade executives say they created the brand-new SLDR S Driver for golfers who want the distance-enhancing benefits of a low-forward center of gravity (CG). And at the same time, the 2014 TaylorMade SLDR S Driver has the accuracy-enhancing advantages of the regular SLDR’s popular sliding weight system but without having to adjust the loft.

SLDR S is offered in a variety of fixed loft positions, so golfers can find the one that helps generate the most distance-conducive launch conditions, according to the world’s largest golf club and equipment company.

The brand-new 2014 TaylorMade SLDR S Driver has a forward and low CG for greater loft, less spin and more distance.

“And because SLDR S has no loft adjustability, you don’t have to pay for it. All that distance for a lower price? Yes, please.” — TaylorMade

Here are some other new TaylorMade SLDR S Driver features:

The distance an SLDR S Driver creates is rooted in its low-forward CG location, according to TaylorMade. In addition, the SLDR S comes with a “revolutionary” sliding weight in the sole to find the desired shot shape.

Moving the CG forward is a monumental shift in metalwood thinking, according to the company. For years, it’s been accepted in the industry that low and back was the ideal CG location for a driver. However, hitting the ball longer distance actually comes from combining fast ball speed, a high launch-angle and low spin-rate.

The new 2014 TaylorMade SLDR S Driver, along with other members of the new SLDR line, come in silver.

So, it turns out that moving the CG forward promotes more ball speed and less spin. From there, to launch the ball on a high enough angle to maximize distance, most golfers benefit from increasing their loft, some by as much two or three degrees, or even more

The SLDR weight also represents “a complete reinvention of movable weight,” making it more effective and easier to use, according to TaylorMade.  The movable weight shifts the clubhead’s CG horizontally toward either the heel, to promote a draw, or toward the toe, to promote a fade. An SLDR sliding weight allows you to shift the CG far enough to promote a side-to-side trajectory change of up to 30 yards.

This diagram shows how the new 2014 TaylorMade SLDR S metalwoods use a low and forward CG for less spin and greater distance.

And the sole is marked with the words “fade” at the toe-end of the track and “draw” at the heel-end of the track to make it clear where you should position the weight to help promote the desired shot-shape.

Finally, aesthetically, SLDR S Driver features the same modern-classic shape as the rest of TaylorMade’s SLDR drivers. And it now has a new satin-silver crown color with black button-back, “making it one of the most visually appealing drivers we’ve made,” according to the company.