May 6, 2014By: Christopher Hamilton Comments (0) in: Irons Images, Photo Galleries 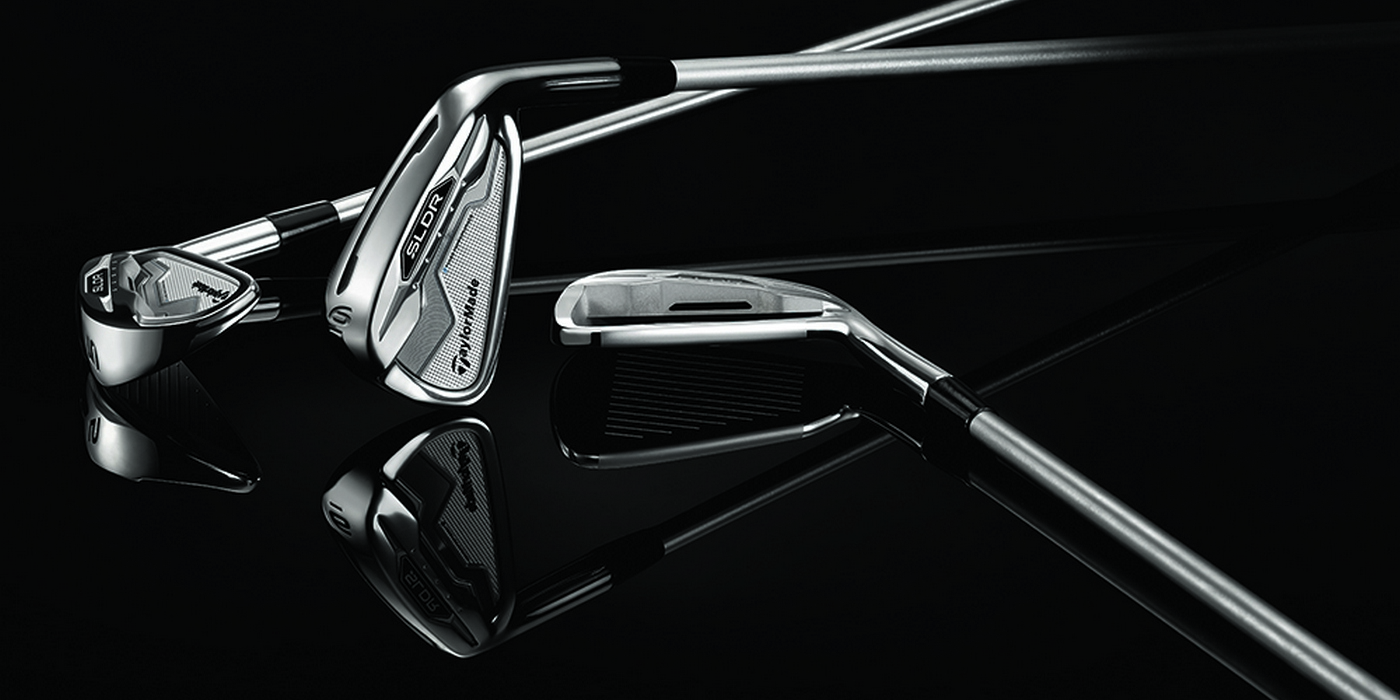 “Technology you can see. Performance you can feel.” — TaylorMade on its first-ever SLDR Irons set

The completely new player-improvement and reportedly very forgiving irons from the company’s extremely popular 2014 version of the SLDR line can be ordered from  2nd Swing Golf.

TaylorMade has a new line of its extremely popular SLDR series coming out next month, including a first-ever SLDR Irons set.

The highly anticipated SLDR irons’ line from TaylorMade, the worlds’s largest golf club and equipment manufacturer with more than $1 billion in sales annually, has come out just in time for golf season’s real kickoff in the northern half of the United States. The iron set joins TaylorMade’s expanding family of SLDR golf clubs, a line the company has bulked up just recently with the brand-new Mini-Driver, a unique fairway/driver combo and the SLDR S series of woods, drivers and hybrids as well as premiering colors such as white and silver.

TaylorMade has a first-ever player-improvement SLDR Irons set coming out next month. Here’s a preview.

According to TaylorMade, the new 2014 SLDR Irons are for “all players who want the best of both worlds” — a traditionally shaped and sized iron as well as an iron with all the modern performance technology that enhances distance, launch angle and forgiveness.

The SLDR Irons set is ideal, the company claims, for players who want the eye-appeal and responsiveness of a classically shaped with as well as modern performance technology that promotes higher and longer shots.

Here are some of the new 2014 TaylorMade SLDR Irons set’s features:

Next month, TaylorMade premiers its player-improvement SLDR Irons set, along with a host of SLDR woods, hybrids, drivers and now a mini-driver.

According to TaylorMade, that “classic” look means a simple, triangular shape, not too big. And it has a thin topline and sole and comes with a chrome finish. The company states that a lot of golfers often don’t think they’re good enough to play that kind of iron, “but the SLDR has changed that – its new, ThruSlot Speed Pocket.”

The irons are slightly smaller in size than the TaylorMade’s SpeedBlade Irons set but larger than its Tour Preferred Irons. And the ThruSlot Speed Pocket is new version of TaylorMade’s 2 mm-wide slot in the soles of the 3, 4, 5, 6 and 7 irons. It cuts all the way through the iron head to create greater ball speeds, higher launch angles and more consistency across the face for better distance control, according to the company.

TaylorMade has been using its Speed Pocket for some time and also put it in the SLDR Irons set. It’s supposed to make the ball fly higher, carry over longer distances and finally act as a better gap club between different irons. The high ball flights should result in a steep descent angle for quick stops on the green, according to TaylorMade.

The new 2014 TaylorMade SLDR Irons set features its TruSlot and Speed Pocket tech for more forgiveness than ever.

“Golfers want to hit their irons far, which has put us on a path to engineer iron sets that have driver-like face speed,” said Tomo Bystedt, TaylorMade’s director of product creation for irons, putters and wedges in a statement.

“To find that speed, we created ultra-thin faces, introduced Inverted Cone Technology and now an enhanced Speed Pocket with ThruSlot Technology,” Bystedt went on to say. “The ThruSlot extends all the way through the bottom cavity, and works in conjunction with the ultra-thin clubface and deep undercut to promote tremendous face-flex at impact.”

TaylorMade’s highly anticipated SLDR Irons, and other additions to the extremely popular series, premier next month.