Thomas Campbell Pursues The PGA: What’s in The Bag 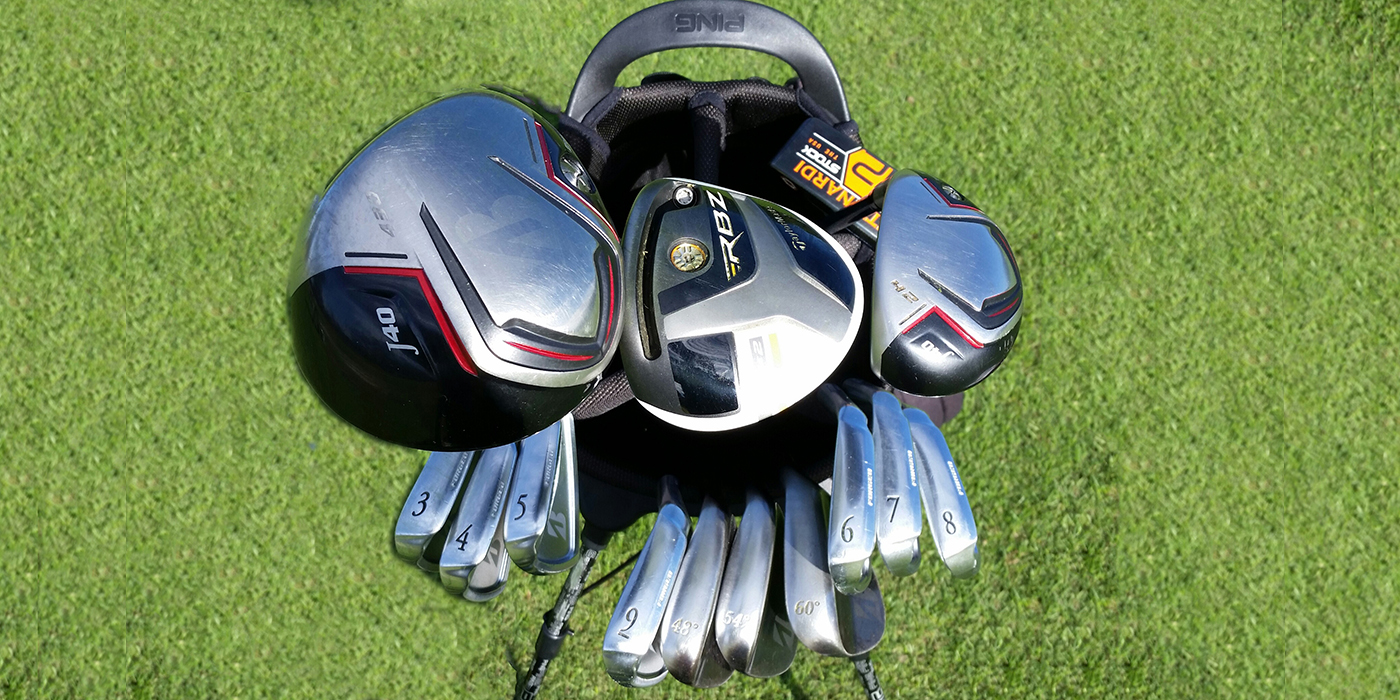 Thomas Campbell Pursues The PGA Tour-What’s in The Bag

Since 2006 I have predominately played Bridgestone Golf equipment. In 2006 I began playing college golf for The University of Minnesota and Bridgestone was a sponsor of the program. I had never played or even heard of Bridgestone Golf back in New Zealand, but I am sure glad that I switched because the equipment is awesome. I currently play a Bridgestone ball, and 12 of my 14 clubs have consistently been Bridgestone. The other two non-Bridgestone Golf clubs are my Bettinardi putter, and TaylorMade Stage 2 fairway wood.

During the 2014 season I have played the Bridgestone J40 driver with the 2014 Graphite Design Tour AD MT yellow shaft. The driver is awesome as the ball always comes off with little spin; my spin rate is consistently between 2300-2700 rpm. Only downside was that I used to launch the ball lower than I would like as the 430 head is only offered in a 9.5 degree model. That is why this year I switched from the Aldila Vood0o shaft to the new Graphite Design AD MT shaft. This has given me pretty good numbers with a launch (around 10-11º), spin rate (~2500 rpm), and ultimately more distance because I’m launching the ball higher and getting more carry. 10-11 degrees is still low and during the winter months when the ground is softer I don’t hit the ball as far, but during the summer my ball goes a long way. I’m really excited to get my hands on the new J715 Driver in the next few weeks as the loft is changeable in the new driver heads–something I will benefit from a lot.

The fairway wood has always been the hardest club for me to find. I do hit my driver very straight, and therefore hit that a lot. However, the fairway wood is very important when I run out of room with my driver, need to hit a draw, or I need to get home on a par-5 in two. This year I got the guys at the Minneapolis 2nd Swing store to help fit me into the fairway that gave me the most consistent numbers. Luckily there just happened to be a basically new Rocketballz Stage 2 just traded-in to the store with a shaft that gave me really good numbers. I fell in love with the Oban Revenge shaft in the club and have not changed since.

18º Bridgestone J40: I have quite a strong hybrid in the bag for gapping purposes as I hit my 3-iron pretty far. It took me a while to prefer a hybrid over a long iron. However, this hybrid has its advantages out of the rough as it is so much easier to get the ball out of bad lies in the rough than a 3-iron would be. The launch of a hybrid is also higher than my 3-iron, and when I need to stop the ball on the green fast it is great to hit a little fade into the green with. This also works well on firm greens. I have the Aldia VS Proto-BR Hybrid in this club.

Ever since I began playing Bridgestone I have always had the latest iron models in the bag. My irons are set at 1 degree upright and I have the Nippon Pro 107 shafts in them. I used to play the Nippon 1050 GH shafts, but a Nippon rep suggested I try the 107 shafts to get a slightly better penetrating ball flight. This year I have had the 107 shafts in and they have been awesome. The irons are so good to look down, and I cant wait to see the new J15 irons released soon.

I carry three wedges in the bag: 48º, 54º, and 60º. I like the numbers that I get from each wedge at the 9 o’clock and 10:30 positions, providing me with very consistent yardages to work with from a gapping perspective. I have all the shots from 70 – 120 yards covered with each position. I highly recommend that you find out your wedge yardages right down to the yard, and memorize them so you can perform under pressure. My yardages are:

I switched to the Bridgestone ball back in 2006 when I was introduced to all the Bridgestone equipment. I love the ball and highly recommend this ball for good players. Before switching, I used to always play the Titleist Pro V1 and in comparing the ball I don’t notice any difference with the feel of the ball. I also think the Bridgestone goes slightly further.